No, I am not going to do a short ( very long ) list of what he destroyed, dismantled, repealed, defunded, abolished, cut, gutted and rendered inoperable in such a short time. Many other bloggers are keeping track of those. What I will try to do, is a projection of what the second 100 days of his presidency might end us all in. In effect, Trump has erased everything Obama managed 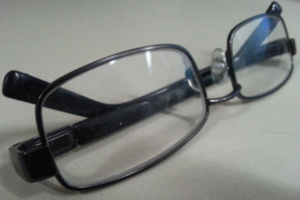 to do in 8 years during these 100 days, and I think that was his target, he clearly could not stand Obama, and could not bear seeing anything he did left to stand, except maybe one thing, The bank bailout, yes, that one, if you still remember. Now for the next 100 days, I think he might do another Muslim ban, maybe after his first two attempts fail on appeals, maybe he would continue with these two all the way to the supreme court, now that he has his man placed, and make a stand there. But if these attempts and appeals fail, he is likely to institute a third Muslim ban. He is very likely to get into some tense situations with North Korea, maybe even some limited military exchange. Unlikely the Two men Kim and Donald, would resolve this in a diplomatic way, not within a hundred days. His relationship with Putin is obviously on the rocks at this moment, his inside men are exposed, mostly punted and the rest are running for cover, so I think the great Trump-Putin synergy dream is over for now. Trump may do some military action in the middle east, but I can’t see anything large scale or coordinated happening there for the next little while. What I do think tho, is a likelihood of some medium scale coordinated military action in Afghanistan, specially after dropping the MOAB ( what a name ) on ISIS stronghold there, he might decide to go in with some forces to mop up the field. Abortion rights and Gay marriage can come into his cross hairs, specially now that Gorsuch is in the supreme court, tho, to guarantee better results, he might need a second judge planted. If it ever looked murkier and darker than how it looks today, I certainly don’t remember the day. Venezuela may get embargoed, that is something that could happen in the next 100 days, but likely not to be implemented before the end of the 100 days. The full consequences of the French elections are yet to be determined, since the parliamentary elections are yet to take place, and the outcome of those can be even more significant than the presidential elections. German elections are on the horizon too, the outcome of those are very hard to predict at this point. Putin could  flip the tables, and decide to take a topless horse-ride across the fertile crescent, maybe drawing the attention of neighboring countries like Saudi Arabia, Qatar, Iran … that could be a game changer that is not completely unexpected. My commiserations however, go out to my American friends, hold on, but I  can’t see how it could get better.

Ps.: Oh, and he just fires Comey, the FBI director, who was busy investigating his cabinet’s dealings with the Russians.. talk about unknown unknowns.